I think we all have family recipes that are just so easy and practical to make, yet tasty and soo comforting. The chocolate bread pudding surely falls in this category for me! I think I would even prefer baking this pudding over any kind of cakes or breakfast recipe. It is the absolute proof that you should never throw away leftover bread.

I love bread and can barely imagine a meal without having some. Any kind works, from the vary traditional french ones to the pita, naan or german rye loafs. Reason why, I usually buy way too much of it and regularly end up with leftovers of different sorts (baguette, corn flour, rye, cereals, nuts breads …). I recently read in the news about an innovation launched by Frank Wallet to ‘recycle’ bread. Bakeries tend to have a lot of leftovers at the end of the day, because the stock they will need can be highly variable. Conscious of the waste it represents, and not able to give all the unsold products to charity, Frank Wallet suggested to reduce the leftovers into a thin powder, a new flour. There’s so much you can do with dry or leftover bread, why should we throw it away?

This recipe is dairy-free as I have used almond milk to rehydrate the bread. I would not recommend that you use fresh bread to bake the pudding as the texture won’t be consistent enough. Don’t be scared to use any kind of bread, it will make it surprising each and every time! If the bread is very dry, you will need a full night to rehydrate the bread. This recipe is made over 2 days with an overnight chill time.

Melt the chocolate in the almond milk on a low heat with the sugar, cinnamon, vanilla powder and pinch of pepper.

Break the dry bread into small pieces (I use a rolling pin to do so). They should be around 3cm, so they will absorb the milk evenly.

Put the bread in a large bowl and pour the milk on top of it. Make sure all the pieces are covered. Cover and let sit overnight in the fridge.

Heat up some water and put the teabag to infuse, take it out. Let the tea cool down and add the raisins. Let sit overnight so the raisins will rehydrate as well.

The bread should have absorbed all the milk. If you still have hard pieces because it was too dry, remove them from the preparation. Then, blend the rehydrated bread with a fork to homogenise the texture. At this stage, it should be soft but you should still be able to see some bread pieces (scrambled eggs is the texture that’s closer to it).

Add up the sifted cocoa powder and mix. Beat the eggs and add up to the preparations, mix until well combined.

Drain the raisins previously prepares and add up to the preparation together with the chopped pecans.

Put some greaseproof paper into your cake pan to avoid adding fat in the pudding. Put the preparation in the pan without pressing it, this makes the pudding lighter in texture, otherwise would be very compact.

Heat up the oven on 180°C and cook for 45 to 50 minutes. You don’t need to pre-heat the over as the pudding is not rising. Check with a knife blade, it comes out clean when the pudding is ready.

*I exactly use a blend of millet, almond & hazelnut milks which I buy directly mixed. If you wanna use another kind of milk, make sure it’s thick and contains enough oleaginous to bring up some healthy fat. Exclude rice milk, way too watery. 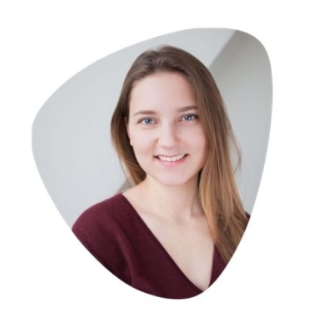